Legs, staying power, and thanks to all you nifty readers.

An author friend of mine told me something a couple months ago. He said Go-Go Girls of the Apocalypse might not be the sort of novel that rockets to the top of the bestseller list, but he thought it would be the kind of book that would stick around, that people would find slowly, mention it to other people who would it turn mention it to others. Authors know how important word of mouth is in this racket. I hoped my friend was right, and now, it looks like he might be ... although time will tell. And it is rather nice that some folks are still talking about a book that came out back in the summer. I got a double-shot of goodness from Cameron Hughes who recently had nice things to say about Go-Go at January Magazine, and he was cool enough to repeat himself at Bookgasm. Recently, my editor at Touchstone said the book "apparently has legs" and happily reported they are going into a second printing. So now I have to thank some folks. You guys. Readers. If that sounds corny or like a suck-up manuever ... well, too damn bad because it's the readers who deserve to be thanked. Thanks for word-of-mouthing me into a second printing. Thanks for telling your friends. Thanks for getting the word out. Please keep doing what you're doing.
Posted by Victor Gischler at 5:51 AM 12 comments:

Okay, I know I'll never sell as many books as Cormac McCarthy, but it's pretty cool when neato-guy Cameron Hughes and the fine folks at January Magazine include Go-Go Girls of the Apocalypse on their Best of 2008 list with this very generous write-up.

My favorite part:
"I daresay Gischler’s book is even better than Cormac McCarthy’s slightly overrated The Road, because its satire is a lot smarter and its humor brings out just how horrific the world’s situation has become."

Thanks!
Posted by Victor Gischler at 5:22 AM 3 comments:

I base that claim on this:


My favorite chunk: "Go-Go Girls of the Apocalypse is one action scene after another, linked together to tell the tale of a man trying to find sense in an insane world. It's been described as Tarantino-meets-Christopher Moore-meets-Mad Max, and that's pretty damned accurate. It's cheesy B-Movie post-apocalyptic science fiction, supremely confident in its senseless over-the-top exuberance, and its devil-may-care attitude is contagious. Chock-full of "what the f***" scenes, it's one heck of a story. Once I started reading, I couldn't put it down again."

The kid stays in the picture! 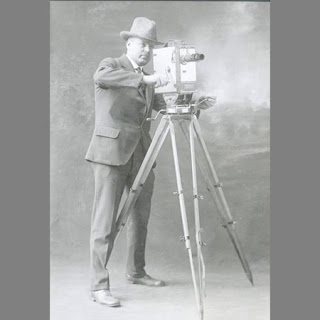 I'm happy to report that my screenplay Silent Harvest -- based my short story which originally appeared in North Florida Noir -- has been optioned by an independent producer in New York. More as developments unfold ... 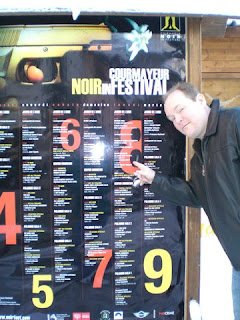 You can't really see it, but I'm pointing to my name on the program. Thanks to my dad for the picture.

... To find that Baton Rouge is being hit by snow. SNOW!? And not a few freak flakes. Actual stick to the ground snow. I bet I live in one of the very few cities in the nation where schools have been closed for both snow and hurricanes.

Is it cold in the Italian Alps? 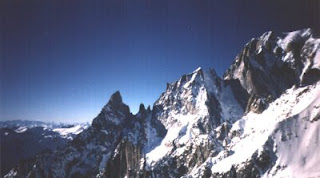 In a few hours, I'll be jumping a jet to Courmayeur, Italy where I've been invited to participate in a swanky Noir Festival. Big shots Marcus Sakey and Richard Price will also be there. I'm not sure anyone will be paying any attention to me with luminaries like that cluttering up the place, but I'm honored to be included. Catch you guys on the flip side.
Posted by Victor Gischler at 11:52 AM 5 comments: