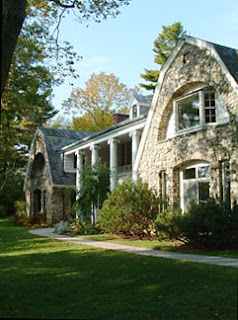 I'm having a great time as a guest at the Stonecoast MFA writing program. A great location, cool people, some talented students -- just a very positive experience so far. More as developments unfold ...
Posted by Victor Gischler at 12:59 PM 5 comments:

Gischler (Go-Go Girls of the Apocalypse) populates a world of intriguewith supernatural creatures in this highly entertaining novel. AllenCabbot is saved from flunking out of graduate school by the extremelydifficult Prof. Evergreen, who invites him to join a research projectin Prague. Almost immediately, Allen finds himself tangling with Battle Jesuits, a Society of Witches and a vampire, and he learns that Evergreen’s real goal may be the philosopher’s stone. The feisty ghostof 16th-century alchemist Edward Kelley serves as narrator,complaining about the picture on his Wikipedia entry while explainingthe history behind Allen’s adventure. While the characters lack depth,even the villains are approachable and likable. Dan Brown fans whodon’t mind a little humor and magic mixed into their thrillers willenjoy this charming tale. (Sept.)

Cool!
Posted by Victor Gischler at 7:11 AM 4 comments: 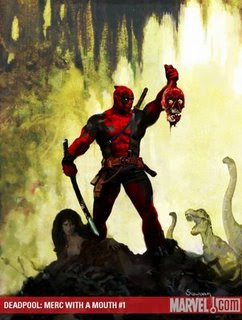 Thanks to all you cool types who sent such nice comments about the debut issue of Merc with the Mouth. You rock and/or roll.

Much obliged.
Posted by Victor Gischler at 3:58 PM 2 comments: