My own personal Tri-corder 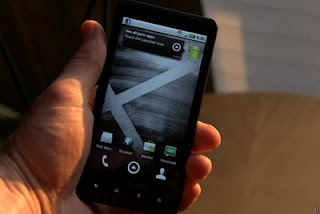 My new Droid X is awesome. That is all.
Posted by Victor Gischler at 9:51 AM 4 comments:

Motion Pictures of the Apocalypse 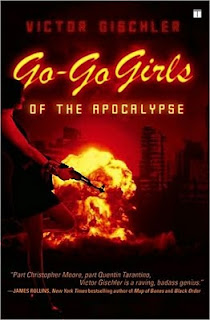 Hey, folks. About time I brought you guys up to date with what is happening with the film version of my novel Go-Go Girls of the Apocalypse. I want to thank the previous producer who did his level best to bring the project together, but nobody bats a thousand, right? New producer/director Jason Hewitt of Films in Motion has picked up the option and hit the ground running. The distributor is super excited about this project, and so are the rest of us. If the website seems like it hasn't been updated in a while, that's because Jason is uber-busy supervising the editing Blood Out (a film he directed) and supervising another picture called The Courier. This guy earned his bones making very modestly budgeted action films and is now doing projects all over the place. He's one of the major players in the burgeoning Louisiana film scene.

What is in store specifically for Go-Go Girls? A high budget slick motion picture? A down and dirty grind house sort of thing? Well, a lot of that depends on me since I'm writing the screenplay. (*gulp*). A good script attracts talent and can move the budget up or down. Uh, no pressure on me, right?

So in between Marvel deadlines, I'm attacking my own novel, deciding what can stay and what can go. Jason and company don't drag their feet. They like to get off the dime and make movies, so I don't have the luxury of lingering over multiple drafts of the screenplay for eighteen months. IT'S GO TIME, BABY! 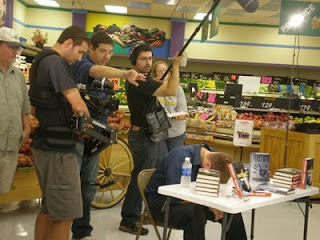 I've been remiss in not mentioning Lee Goldberg's directorial debut, a short film called REMAINDERED. You can catch the trailer at Lee's blog HERE. Lee's film hit home with me (as it might with many authors) as it concerns an author who has hit a low point. Hey, I've been there. Lee adapted one of his own short stories for the film. This film could have been very Mickey Mouse. It wasn't. Not in the least. Lee managed to find a talented cast and crew hiding in the wilds of Kentucky, and I wouldn't be surprised to see Lee directing again sometime soon since he obviously has an eye for it. I missed the film's debut at Bouchercon last month, but was delighted to get an advanced copy. Entertaining and well-executed.
Posted by Victor Gischler at 5:26 AM 2 comments: