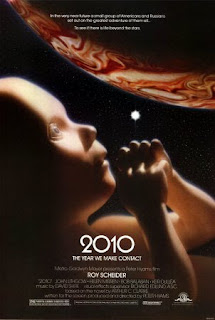 So ... This is the post were I sorta look over 2009 and see if I can sum things up and at the same time look ahead to 2010 and try to make some predictions. In a way, I feel 2009 was all about setting the stage for 2010. Lots of getting my ducks in a row and getting puzzle pieces in the right place. Etc. 2009 taught me that I'll definitely need MORE COW BELL for 2010. (I have no idea why I'm thinking of old Will Ferrel SNL skits right now.)
Since moving to Baton Rouge, I've been teaching at the local community college. Some good folks there. I still have my pal Jason Glenn's copy of Gran Torino. Don't worry, dude, I'll bring it back. Anyway, I'm not teaching there anymore and will now be writing full time again. Not only will I be banging away on a couple of screenplays (one crime, one zombie) but I will be humping it hard as of January 1 on a new novel. You may recall a few blog posts ago I was trying to decide which of several nifty ideas would bloom into my next novel. Well, I've decided.

But I'm not going to tell you.
Take THAT, small handful of slightly curious blog readers.
I'm also hoping 2010 is the year some cool film stuff falls into place. A couple of my novels have been optioned, screenplays written, etc. We have a director on one and are close on another. Movie star types have been approached. Nothing to do now but chew off all of my fingernails.
And write comic books. The good folks at Marvel Comics have seen fit to toss some interesting projects my way ... more as developments unfold. But I'm having a ball. Thanks, Axel Alonso.
My new year's resolution (in addition to dragging my fat ass back to the treadmill) is to work hard. Sit myself down every morning after I get the boy off to school and really work hard. I have a lot of ambition for 2010. Let's see what happens. 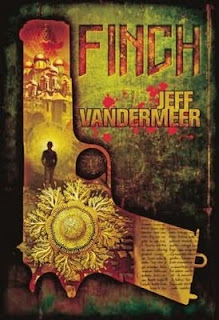 As usual I'm a day late and a dollar short. Lots of people have already heaped all kinds of praise of Jeff VanderMeer's excellent novel FINCH. Still, I felt the need to chime in too. This won't be anything like a full, professional review. Just me saying how much I liked the book.
Finch is sort of like Raymond Chandler meets Philip K. Dick meets ... well, I'm not sure. The action of this fantasy novel (can we call it fantasy?) takes place in a world that seems fully realized and completely original to me. A fungal, squishy world where something gross waits around every corner. This is the landscape in which our hero Finch must solve a double murder in the style of a good police procedural or private detective novel. Often Finch reminds me of the character Deckerd in Blade Runner (Do Androids Dream of Electric Sheep?) as he pushes forward in his investigation, in over his head, and often getting the crap knocked out of him.
Jeff VanderMeer's prose is razor sharp with no fat on the bones yet at the same time wonderfully descriptive and vivid. When I can get out from under all these dealines, I'll be eagerly picking up more work by VanderMeer.

Posted by Victor Gischler at 6:06 AM 3 comments: