State and federal law demands all fantasy novels have maps in the front.

So, as already announced, 47North will be publishing INK MAGE my epic fantasy novel.  Here is one of the maps from artist Tazio Bettin. 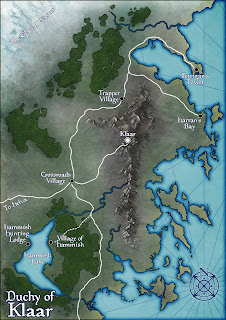 
In case you missed it, Titan Comics announced at San Diego Comic Con the book I'm doing with artist Tazio Bettin.  It's called Sally of the Wasteland.

Set aside the money for this now. 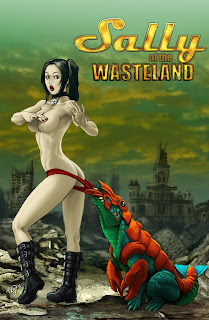 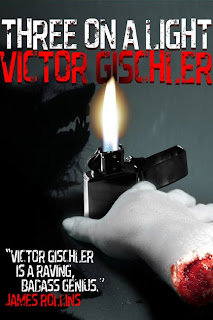 Private Eye Dean Murphy takes on things that go bump in the night.

99 cents thru the weekend only.  Bring your monies HERE.
Posted by Victor Gischler at 8:59 AM No comments: 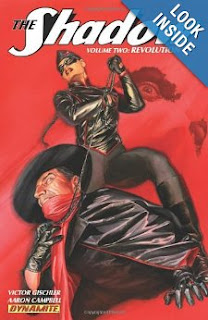 Go get yourself 20 copies at your local comic shop, or click HERE and bring your monies.

Gischler's INK MAGE on the horizon. 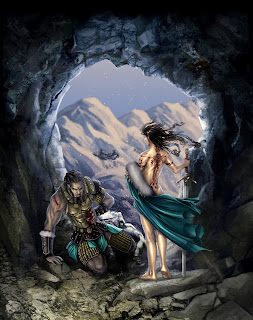 Folks, I'm happy to announce that Amazon's 47North imprint -- which handles science fiction and fantasy -- will publish my novel INK MAGE as an Amazon serial.  (Later to be collected into a "for real" novel.)  It's the story of a young duchess who collects magical tattoos that give her power as she seeks to become strong enough to avenge the death of her parents and reclaim her duchy from foreign invaders and traitors from within.  It gets real stabby with swords and stuff and also cool magic and junk.  Details coming soon.

(Above illustration by Tazio Bettin.)
Posted by Victor Gischler at 12:52 PM 4 comments: