A glimpse of life as a freelancer.


I write for a living.  I am a fortunate guy.  But freelancers are not on what you might call a regular schedule.  Oh, there might be some in our midst who are organized enough to keep to some kind of regular routine, but most of the other freelancers I know often pull second shifts as night.  We pick up the slack on weekends.  Sometimes we even have our vacations interrupted.  Thus do I offer the following image ... 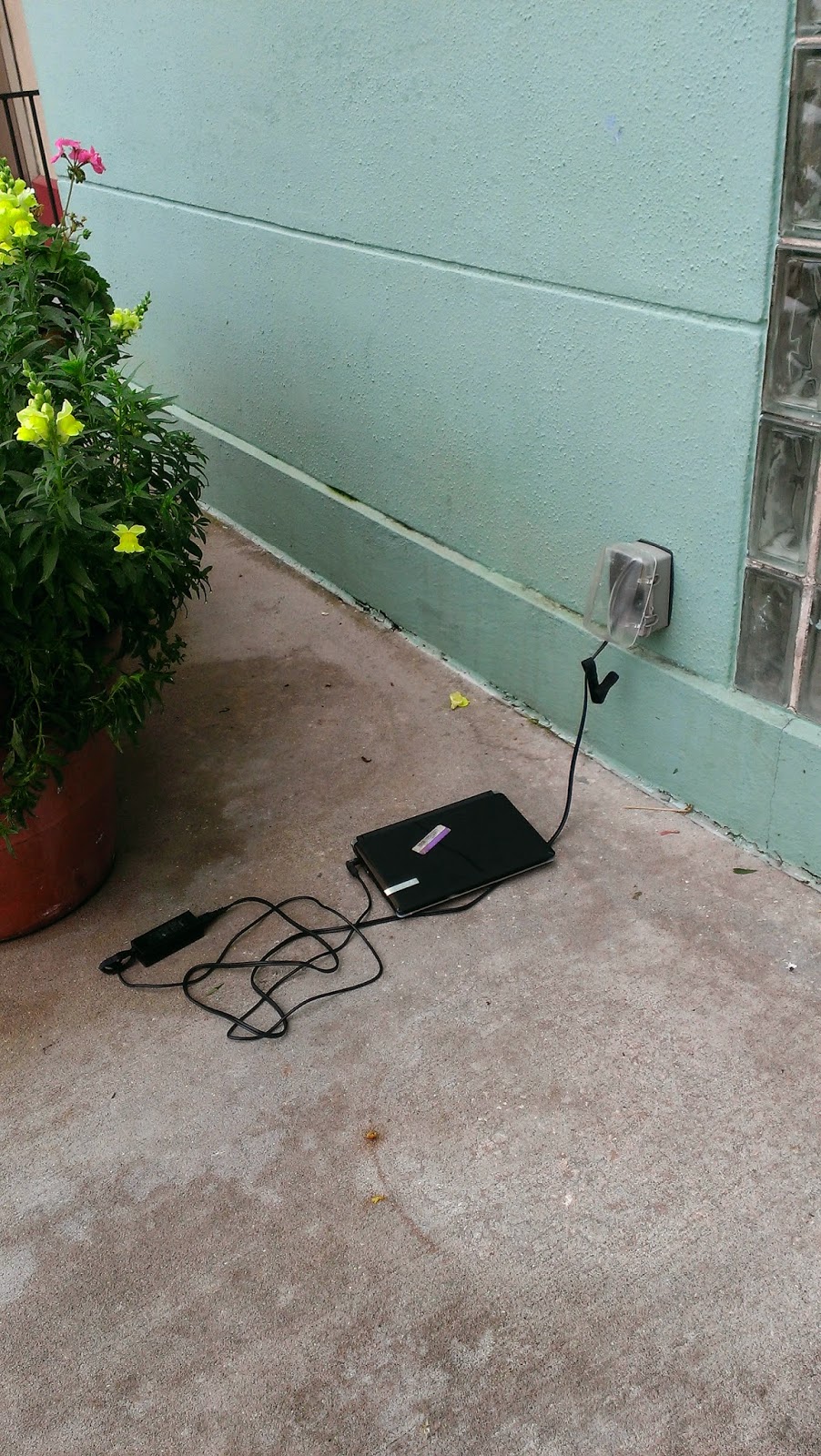 I found this picture while looking through old photos on my Droid.  Those who know me know that I am a fan of Disney.  On a trip a while back, my family and I woke up, bright eyed, ready to ride the rides at a Disney theme park.  As usual I checked my email while drinking my first cup of morning mud.  And there it was.  An email from an editor.  A script needed tweaks.  Now.

So I grabbed my laptop and headed to the park.  Once inside, I bid my family farewell and told them I would catch up with them later.  I found the above spot, plugged in, sat on the ground and tweaked my tweaks.

90 minutes later I was back to my vacation.

Some day I'll tell you which issue of what comic was written entirely on a cruise ship.

Maybe, in the distant future I will have the opportunity to take a vacation and leave my laptop at home. Maybe.

FOR BONUS POINTS: Which Disney theme park am I in in the above pic, and where in the park am I?


Posted by Victor Gischler at 6:05 AM

Do you want a post on what it's like to be married to a freelance writer? I remember the days before you had a smart phone and had to go back to the hotel to check your email . . .

Only if the post is "I feel so so sorry for my hard working husband."

From the amount of dirt and crud, I'll guess EPCOT, in Future World.

Looks like Disney Studios to me. But not exactly sure where. When I see glass blocks, I think of the Dark Room. But the color of the walls makes me think it is must be somewhere else.